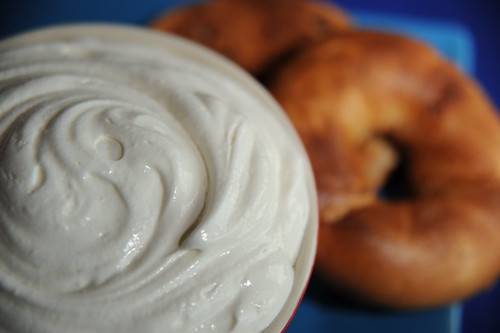 I have always been a huge tamale fan - ever since the days my mom and sisters and I would make 100 dozen tamales at Christmas time to give to friends, family and neighbors for gifts. Whipped lard makes the tamale masa so light and fluffy. I never thought anything could be better than whipped lard - - - until now!

You can make a spread of equal parts butter and canola oil that whips up just like lard - it looks a lot like whipped cream when fully whipped.

I LOVE this spread. It has a buttery taste but is smooth, light and maintains its spreadable texture even when chilled. I used unsalted butter because to me it has a fresher taste, and then added kosher salt. And, this spread cost only about $1.50 to make at home, compared to similar purchased butter spreads of the same quantity for about $5.00.

Try this healthier mix in your next tamale or flour tortilla recipe and you won't even miss the lard!