Sweet Potato Tamales with Pecans and Chipotle are a perfect sweet potato dish for your holiday or any day of the week. This spin on Authentic Mexican Tamales is sure to please the vegans in your life but, shhhh... no one else will know. 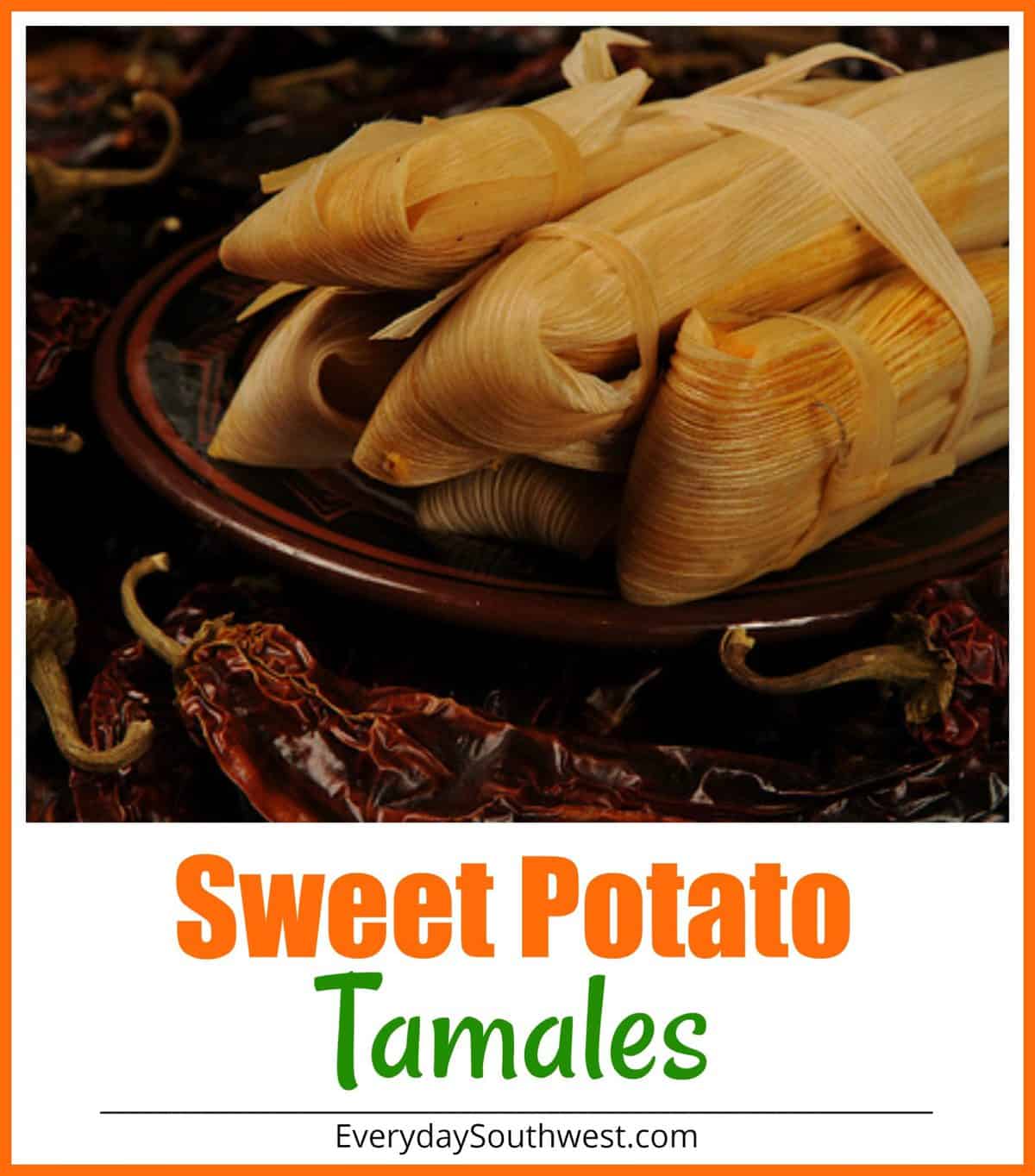 Who says sweet potatoes must be smashed into a casserole dish and covered in toasted marshmallows? Try rolling the sweet potatoes into tamales with toasted nut filling and smokey chipotle seasoning.

Tamales are quite a bit of work. But, these are much faster and easier. The nice thing about them is, you can gather friends and family around the table to help share the work and make lots of great culinary memories in the process. Even small kids can spread masa on a corn husk! You never know - tamales could become one of your new family traditions.

The chipotle and Southwest spices go so well with the sweet potato tamales that you might decide to use them in other sweet potato recipes. And don't forget the pecans - or hazelnuts - in the center!

I have adapted her recipe for vegan and edited the post on Dec 11, 2017

To Assemble the Sweet Potato Tamales: 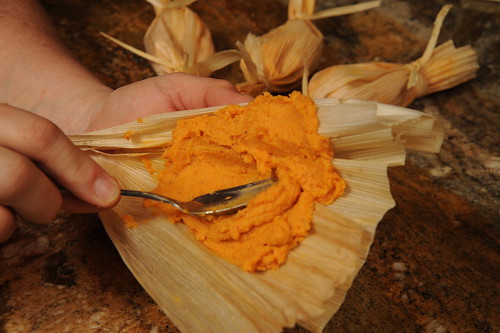 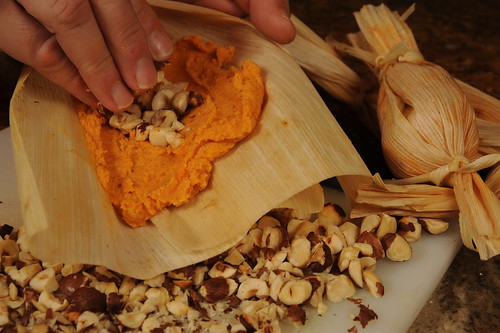 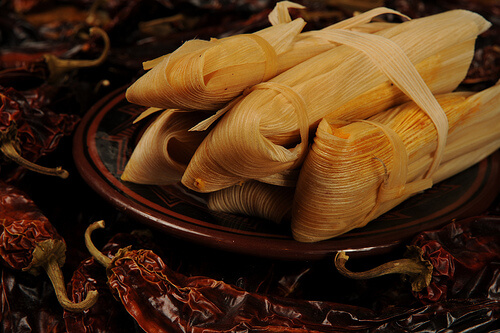 Print the recipe for Sweet Potato Tamales with Pecans and Chipotle 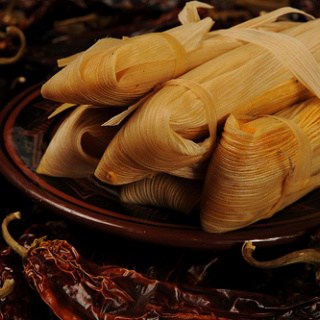