I'm Candi from A Day in Candiland, and I would like to thank Sandra for letting me visit with her readers today and show you my chipotle cinnamon brownies as part of my Easy Brownie Recipes. I was at a party a few years back and the food was prepared by different dessert vendors. So naturally, I had to stop my each table and taste their treasures. 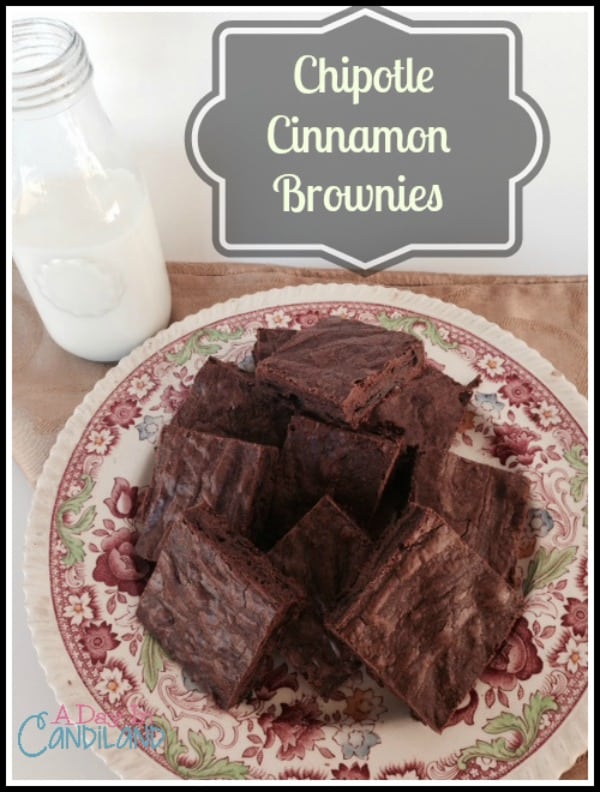 I fell in love with these chipotle brownies from one of the sweet ladies there. Ever since that night I wanted to try to make them. They had just a little kick at the end of each bite. The first time I made them I used a different type of chili powder and it just wasn't the same. Once I got the ground chipotle chile pepper, I knew it was the one. Also, adding some cinnamon, gave it a nice flavor. I thought this recipe would be great to try with Sandra's readers since they like the Southwest flare. 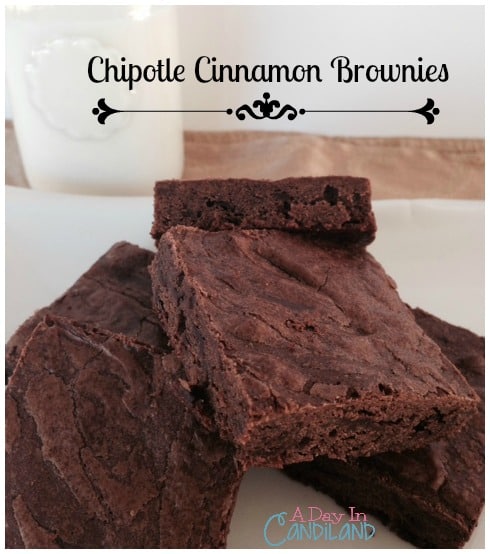 If you like these chipotle cinnamon brownies, try these other delicious desserts.