Sometimes you just need a fancy little dessert with all of the creamy, lusciousness of the Ultimate Classic Chocolate Pie wrapped up in a pretty package. 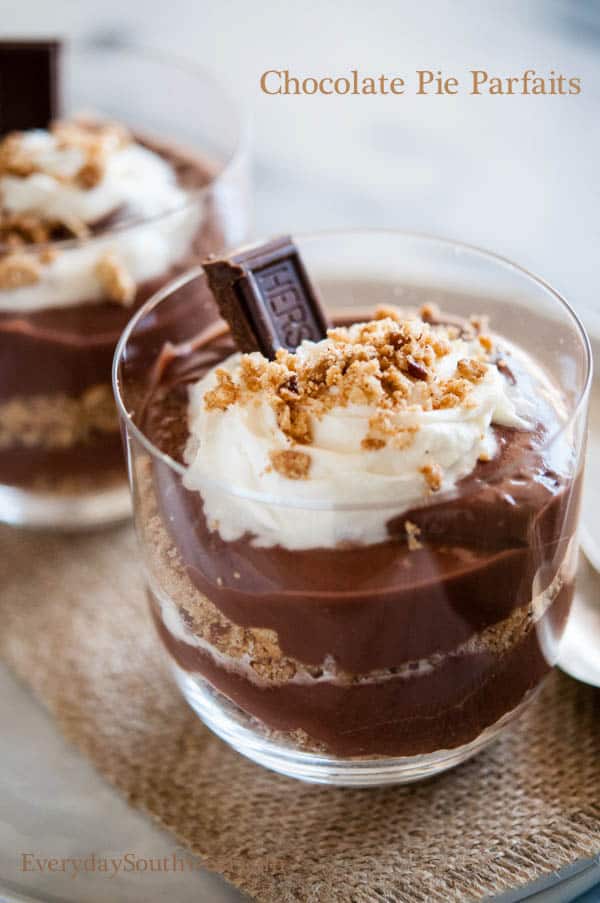 My super-secret, needs two keys to access the code, Chocolate Pie Recipe is out of the pocket.  Until last month, I had never shared this recipe with another living soul that did not have Hoopes as their last name.  Yes, that means that I did not share it with my very own mother, or my blogging sister, or... anyone.  But, after making this pie for "my" side of the family on Thanksgiving this year, the secret was out and everyone began asking for the recipe.  What can I say?  I was tough.  I held firm and kept my 35 year old secret recipe secret throughout the entire holiday season.

After months of questioning, I finally gave in to my little brother John's  "enhanced interrogation  tactics."  This time, he asked for the recipe saying that he wanted to make the pie for his corporate holiday party.  It's just a tiny, little corporation, really.  You may have heard of his corporation before, it's called... DISNEY!  Yes, that little ol' corporate holiday party.  The idea of my little secret family recipe served to The Mouse, himself, was just too much to take.  I gave in.  I caved. I started singing like a canary. 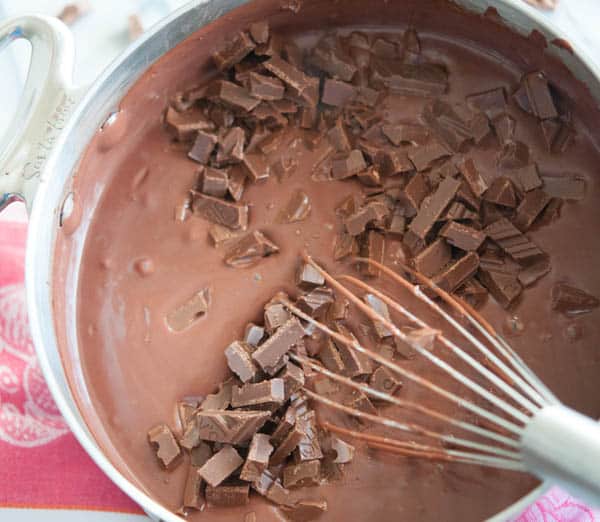 Of course, it didn't end there.  Sharing recipes with just one person doesn't work very well, John's friends and other people at the party started asking him for the recipe.  I have to say he was very brave and resisted the urge to spill the beans... for a time.  Finally, he called me to ask permission to share the secret.  How could I resist him?  I kept wondering who was asking for the recipe.  Was it the wife of the CEO?  Perhaps a direct descendent of Mr. Disney?  Was it The Mouse, himself?  Again, I caved in and said, "Yes!  Share it!  Spread my chocolate pie secret to the world!"

Yes, it really happened that way... I swear.  But, now that the secret is finally out, I can share it with you.  Check out my post "The Ultimate Classic Chocolate Pie Recipe and a Love Story" to find out the whole secret and the history of this chocolate pie with a past.

For now, I'd like to share a smaller version of "THE pie" with you.  The original family recipe makes 2 huge pies (12 inch pies) or 2 10 inch pies (the size I make) with a little left over that I make into parfaits and freeze in those small, clear plastic cups to serve at another time.  Since the base of the filling is the Jello Cook and Serve Pudding Mix, I haven't tried to cut the recipe in half before.  However, when I posted the original recipe last week, I received so many questions about making a smaller batch that I did a little experimenting and found that cutting it in thirds is easy to do and works really well, no scales or scientific instruments involved.  The pie smaller is not quite as high as the original, but it is still just as yummy!

Please use this version of the chocolate pie recipe in an 8 inch pie plate or there will not be enough filling to make it luscious.   Or, pipe it into small glasses to make these parfaits.

I hope this smaller version of my family's chocolate pie recipe will make it just the right size to serve at many of your family events or parties.  Be sure to follow us on Facebook or Twitter and sign up for our email updates so you will never miss a new recipe.